Geo Milev District - The Most Desirable Location for Property Purchase

"Geo Milev" is one of the most rapidly developing districts of Sofia. Its proximity to the downtown, the services and facilities and peaceful atmosphere which offers to its residents make it one of the most popular areas for buying a home in Sofia.

Built with many new buildings, the neighborhood is characterized by the presence of brick buildings, which are generally preferred and better than the other  types of buildings. In terms of retail space "Geo Milev" ranks on second place after the city center in customer interest among the rent of the shops. The commercial area had increased significantly after the construction of Galaxy Trade Center ( 12,000 m2 trade area) and Sky City Mall ( 26 000 m2 trade area). One of the most expensive places  for rent in Sofia is exactly the shopping and entertainment complex with an area of 145 m2 in Sky City Mall.

Among the most important criteria when choosing a home are the location and availability of good infrastructure.

Here again "Geo Milev" takes the top places . With very convenient location , the area is bordered by the districts „Reduta ","Slatina","Iztok","Iavorov" and "Sitnyakovo". Quick access to the city center is provided by the boulevards "Tsarigradsko Shosse" and "Shipchenski prohod " and the streets "Geo Milev" and "Nikolay Kopernik". On the other side the main hotel "Pliska", which is expected to be converted into a modern office building, is the link of the neighborhood with the rest areas of the city. 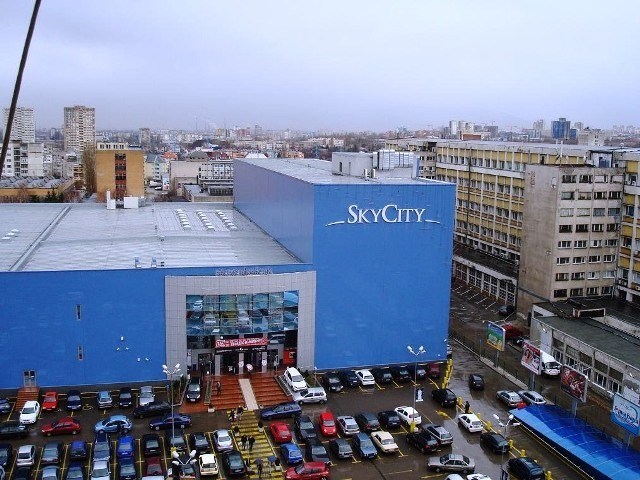 Numerous restaurants, cafes, kindergartens, schools and hotels are just some of the advantages of the quarter. Greenery and opportunities for long walks in the park "Geo Milev", locations of landmark buildings such as the Ministry of External Affairs, the Registry Agency, Romanian, Chinese, Swedish and other embassies, "Arena Armeec" hall,  "Universiada" hall, "Festivalna"hall,  stadium "Academic" contribute to increased interest from buyers . For the terms and facilities which offeres the neighborhood , housing prices remain affordable for everyone willing buyer or tenant. The average price for the rentals is €4-5 /m2, and for the sales - €830/m2.

This is confirmed by the key projects that will be carried out on its territory. The construction of a third line of the subway, which will come to the "Arena Armeec" hall and will service and future high-tech park - the first science and technology park in Bulgaria, which will be built on the terrain of the ex barracks located on "Tsarigradsko Shosse 111" blvd, called Square of aviation.

The development of the subway has a great impact on the real estate market and its areas around stations are becoming more attractive for buyers. For example, the monthly rent ranges for the most preferred type of property – one-bedroom apartments (with an area of 60-70 m2) between  €280 and €300. It is expected that the customers will focus their search on apartments near subway stations in order to provide fast access to any part of Sofia which  will significantly reduce their costs of traveling time.